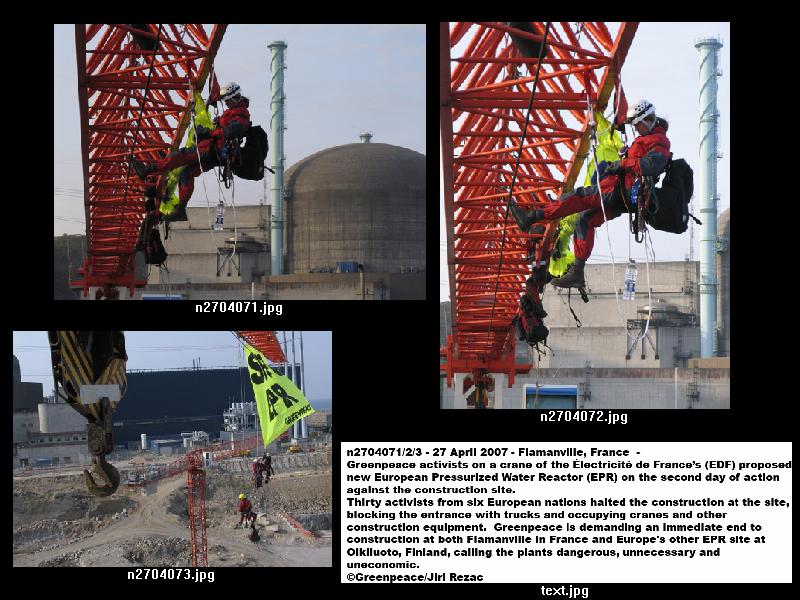 Scarcely a month passes without a politician or scientist advocating the possibility of nuclear power in Australia. From ex-Minister, McFarlane to South Australian Senator Sean Edwards and Chief Scientist, Dr Alan Finkel, Australia is full of nuclear advocates who have apparently never studied a profit and loss statement in their lives.

The level of delusion is so fantastic that South Australian Liberal Senator, Sean Edwards recently advocated nuclear energy as â€œfree energyâ€. That would, no doubt, be news to the builders and presumptive owners of almost every nuclear power plant under construction in the developed world.

There is a very good reason that no nuclear power plant has ever been built in Australia and that almost none have been built in any developed country for more than 20 years. That is that they are absolutely unaffordable if they are subject to proper standards and are not heavily subsidised.

It’s true that Australiaâ€™s official economic forecaster in its Australian Power Generation Technology Report has finally admitted that the cost of nuclear energy is more than double other clean energy alternatives. This suggests it would likely play no role in a decarbonised grid based around lowest costs but its suggestion that nuclear might be a part of the energy mix in the future suggests that it has not properly examined what’s happening elsewhere.

More than 100 orders for nuclear power reactors, many already under construction, were canceled in the 1970s and 1980s, bankrupting some companies. Up until 2013, there had also been no ground-breaking on new nuclear reactors at existing power plants since 1977. The two plants currently under constuction in Georgia and South Carolina are at existing plants and are years behind schedule and billions over budget.

The V.C. Summer Nuclear Station Units 2 and 3, in South Carolina are move than AUD4 billion over budget and 3 years behind schedule, despite being years from completion.

A detailed analysis at June 30 2015 showed all 40 remaining construction milestones for V.C. Summer Nuclear Station Units 2 and 3 are behind schedule. They will generate electricity for AUD33Â¢/kWh delivered, compared to about AUD16.6Â¢ for the national average electricity cost, or AUD15Â¢ for new wind, delivered, AUD14Â¢ or less for new solar delivered, rooftop by 2022, nationwide average, including financing and all costs.

In August 2015 Westinghouse announced early this year the two Vogtle reactors, in Georgia, would be delayed a further 18 months. The AUD$22 billion-plus nuclear expansion near Augusta has fallen more than 3 years behind schedule and more than AUD$4 billion over budget. The Vogtle 3 and 4 units are now expected to be completed in 2019 and 2020.

If things are bad in the United States, they are horrendously worse in Europe. There are two third-generation French designed reactors (EPRs) under construction, at Flammanville near Cherbourg, in France and the Okiluto 3 plant in Finland.

Construction of Flammanville 3 began in 2007. Since then, the predicted cost of just under AUD 4.6â€‰billion has rocketed to more than AUD 16â€‰billion (it could go up still further). Not only have costs more than doubled, but the estimated completion time is almost twice as long as was promised; it will not start producing electricity until 2018.

The problems at Flamanville have also been reflected in the Olkiluoto power plant in Finland â€” the first EPR project. Work started on it in August 2005 and is being built by Areva, the French nuclear company. It was scheduled to start producing power in 2009, but this has now been put back to 2015 at the earliest â€” ten years after construction began. The latest date given by Areva is 2018, 10 years behind schedule and AUD7.6 billion over budget. It is expected to start up in 2018. The Okiluto 4 reactor has been cancelled â€“ one of many such cancellations in the US and Europe.

The issues in France and Finland are replicated in the UK which plans to build its first new plant in a generation, ripping funds from the renewables sector to fund the 3.2GW nuclear plant at Hinkley which will cost AUD49 billion (including subsidies).

The plant was originally scheduled to open in 2017 but has been hit by a a series of delays. On Wednesday EDF said it would be constructed by 2025 although the subsidy agreement with the British government contains a clause allowing the plant to be completed no later than 2033.

British consumers could pay Â£17bn in potentially unnecessary subsidies to fund construction of the country’s first new nuclear plant in a generation, the European Commission has said. Commission Vice-President JoaquÃ­n Almunia, in charge of competition policy, described the proposed subsidies as “a complex measure of an unprecedented nature and scale”. In a statement, EDF insisted that without the subsidy deal with government “the investment will not take place”.

Those subsidies mean that homeowners and businesses will need to pay AUD180 per MW hour for Hinkley electricity over 35 years, compared with a current wholesale price of AUD78. The cheapest solar on the market is currently selling at about AUD0.07c per Kwh or AUD95 per Mwh.

That price, which is twice the current market price of power, will be subsidised through billions of pounds of “top-up” payments, funded by levies on all UK energy bill-payers when the market price is lower than the guaranteed level. EDF and its partners will foot the estimated Â£16bn cost of construction in return for the guarantee, which is designed to ensure they will get a return on their investment.

One of the reason these plants have such huge costs is their complexity, previous generations of plants were simpler but much of their cost was hidden in the form of government subsidies â€“ which largely explains why nuclear in France and elsewhere in Europe was relatively cheap. With the removal of many of these subsidies, in recent years costs have been more transparent.

Even more staggering, given the costs of these plants, is that they don’t take into account the potential costs of accidents, the issue of waste disposal or of decommissioning.

On current estimates Fukashima alone will cost AUD145 billion to clean up, but with no end in sight this could prove an underestimate. To put this in perspective at current prices one could build 350 CSP solar plants of 250MW each for that cost. The total output of those solar plants at 87,500 MW is almost double the entire generation capacity in Australia (47,000 MW).

A UK Government study on decommissioning A UK government white paper on decommissing in 2002 estimated the cost of decommissioning Britainâ€™s current fleet of plants would be Â£43bn. This estimate has slowly been revised upwards since then, finally reaching AUD142 billion in 2007, before the NDA admitted the following year that it could still go up by several billion more.

The nuclear industry points to China, India, Brasil and elsewhere as examples of the growth of nuclear. The reality is that it is only in the developing world, where safety standards wages and capital costs are lower and where there are still massive state subsidies in play, that nuclear is remotely economic. And even there, there have been problems both with delays and warnings that the massive rush to nuclear could lead to serious safety issues.

One of China’s leading physicists, He Zuoxiu warns that â€œChinaâ€™s plans for a rapid expansion of nuclear power plants are â€œinsaneâ€ because the country is not investing enough in safety controls. China had considered and then rejected stronger standards, he said, because of the huge pressure for a rapid expansion and companies powerful enough to put corporate profits ahead of national security.

The risks are elevated because many new plants will be inland. He Zuoxiu warns that this is particularly risky because if there was an accident it could contaminate rivers that hundreds of millions of people rely on for water and taint groundwater supplies to vast swathes of important farmlands.

The Westinghouse AP1000 is the main basis of China’s move to Generation III technology, and involves a major technology transfer agreement. The first four AP1000 reactors are being built at Sanmen and Haiyang, for CNNC and CPI respectively. At least eight more at four sites are firmly planned after them. In 2015 the build was reported to be running over two years late, mainly due to key component delays and project management issues.

Australians can have nuclear power, if they want it, but few will be willing to pay the price for the politicians’ dreams of this cargo cult.