If you start with the assumption that the worst possible person to whom one should give power is someone who is narcissistic, ambitious, arrogant and self-interested, and one would almost automatically disqualify from political office every single person who puts their hand up to be a politician.

At the heart of the ongoing failure of, and disillusionment with, contemporary democratic politics is the entire concept of representative politics. Why? Because by it’s very nature “representative” means ‘typical of a class, group or body of opinion’ and ‘consisting of people chosen to act and speak on behalf of a wider group’ or, finally ‘based on elected or chosen representatives’

In contemporary Australian (and most other so-called democratic systems), however, the political class meets none of these criteria. It is not typical of anyone other than a self-elected elite and certainly not of those it is intended to represent. So in that sense they have no mandate to speak on behalf of a wider group. And they are certainly not elected or chosen representatives except in the narrowest sense.

Do Australians truly choose our members of Parliament? No, members of parliament are a narrow pre-selected group of the elite chosen by the elite in political parties and this applies regardless of party. The public has no role in that choice. Electing an MP is akin to someone offering you a choice of fruit in a fruit shop but saying “you can only choose from the apples I select”. In other words virtually no choice at all.

To address this issue, a radical reform of the current form of representative politics is required that entirely breaks the ability of the elite to self-select themselves to “represent” Australians. The most obvious change is the need to introduce the proportional representation to the House of Representatives. But this is just tinkering at the edges and we need to remove entirely the ability of the political class to promote themselves as the only options.

The easiest option would be to legislate to force political parties to select candidates by lottery. The names of all members of each party would be put put in the lottery with around 1500 being drawn in order of preference, 750 for the Senate and the rest for the House of Representatives.

This would ensure a sufficient number of candidates so that those that declined could be replaced by others that agreed to stand. All members of a political party would automatically be included in the lottery unless they had specifically opted out.

This system would have the added advantage that it would be likely to lead to increased levels of participation in political parties and engagement with the political system.

People would increasingly understand that influence and the possibility of serving as an MP was not restricted to the political elite. It would be possible to go further and simply have lotteries entirely outside the party system but this would lead to difficulties in knowing what part of the political spectrum candidates would represent.

Another change would be that, as with any other job, those that agreed to stand would need to meet certain minimum levels of knowledge on the Australian constitution, history, politics, social issues, economics, the environment etc.

Currently “applying” for a job in Parliament, as an MP, is one of the few jobs where you are not required to have even a minimal knowledge or skills for the work. To ensure this didn’t exclude people unnecessarily, candidates could be offered classes in civics, history, economics and environmental studies prior to taking a test to ensure they qualified.

Each candidate would also be restricted in tenure by term limits to ensure that service in Parliament was not seen as a career, thus avoiding the possibility of members establishing political dynasties or building relationships that could be seen as unduly influencing their independence.

Service would be restricted to two terms of Federal Parliament or, in the case of the Senate, six years.

Wages, conditions and terms of employment that would be offered for a backbencher would be no more than double the median wage, thus removing the level of privilege currently enjoyed by members of Parliament. Correspondingly, Parliament would be reformed to ensure that working hours and conditions were restricted to those that are reasonable, i.e. around 40 hours per week.

An additional step could be to also introduce a degree of direct democracy, similar to that in Switzerland, where several times a year, voters are allowed to vote directly on key issues and to institute votes by gathering signatures.

People on the progressive side of politics are often opposed to direct democracy because they feel that fear and ignorance, as spread by current day politicians, can lead to adverse outcomes for society.

Apart from the lack of evidence for this (as shown by current opinion polls on climate change, same-sex marriage and refugees), this also assumes a continuation of the current way in which democracy is run with all the adversarial aspects of the current system.

Under a revised political system the level of adversarial politics should be reduced.

This would be assisted by the establishment of an Independent Parliamentary Commission which would monitor the behaviour and promises of politicians, and have the power to impose sanctions including, fines, suspension and permanent disbarment.

Reforms of this nature are urgently required to restore some faith in the democratic system which is now profoundly unrepresentative. The question is how?

Given the relative democratic natures of the three major parties, the most obvious place to start this process is within the Greens which, at least arguably, is the most democratic of the three main parties. But Labor are also toying with increased party democracy and it is possible that given the disillusionment of some, within Labor, that such a change could also occur within Labor.

To understand how unrepresentative politicians really are you have only to look at the social data and the statements of both Labor and Liberal politicians. Greens politicians also come from these same social backgrounds, are arguably every bit as ambitious and narcissistic but at least appear to be more in touch with the needs of ordinary Australians, at least in regard to equity and support for essential services and environmental protection.

This lack of cohesion with the population, at large, is borne out by repeated statements from Labor and Coalition politicians demonstrating how hopelessly out of touch they are. It’s reinforced by the ongoing refusal to address the gilded cage in which MPs live in terms of wages, allowances and conditions.

The ability of politicians to serve for tens of years (see Diagram 2, below), has turned serving the Australian people from a service, into a career, and provided politicians with all the eggs that the golden goose can lay.

The members of the 2013 Federal Parliament demonstrate the gap between the mainstream Australians and the political elite. In every category, sex, age, profession, background, education the MPs represent an elite that, at least on the face of it, would be unlikely to understand the struggles of most Australians, as shown in Table 1, below.

If, in addition to the social and educational gap between MPs and voters you add the income gap, the lack of synergy between voter and “representative” become worse. Backbenchers, in 2013, received a base salary of $195,130 per annum (from 1 July 2013) which is 2.8 times the average salary.

If you take the median salary of Australians $49,400, in 2013, (i.e. that earned by most people), the differential is 3.95. This is before MPs receive their allowances of $185,000, and remembering, of course, that Ministers, who make most of the decisions affecting Australians, earn considerably more.

Despite these enormous salaries and allowances relative to most Australians, MPs live in such a permanent ivory tower of entitlement that they continue to rort the system and think nothing of it.

From Joe Hockey claiming tens of thousands of dollars to rent his wife’s house in Canberra to Bronwyn Bishop’s helicopter trip and the holiday rorts of Mark Dreyfus, and Tony Burke the sense of entitlement continues unabated.

This is reflected in the comments made by both Labor and Coalition Members of Parliament. In 2013 Labor Shadow Minister, Joel Fitzgibbon stated ”In Sydney’s west you can be on a quarter of a million dollars family income a year and you’re still struggling,”. Never mind that the median income in western Sydney is even lower than the Australian median of $49,400 (2013 figure).

Add Joe Hockey’s ‘poor people don’t own cars’, Fiona Scotts ‘refugees cause traffic jams’, Turnbull’s ‘borrow the money for your house from your parents’, and Australia’s politicians continue to demonstrate that ‘representative politics’ is truly an oxymoron. 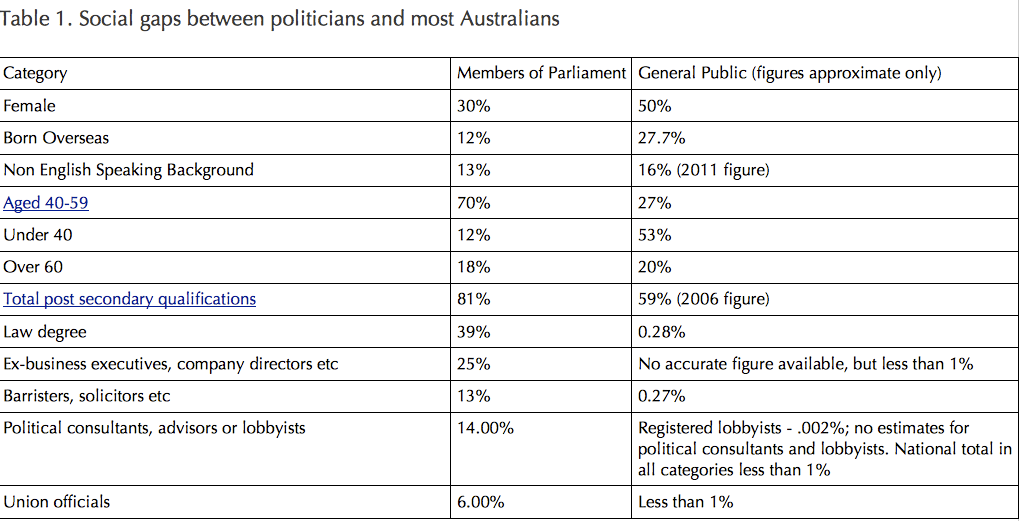 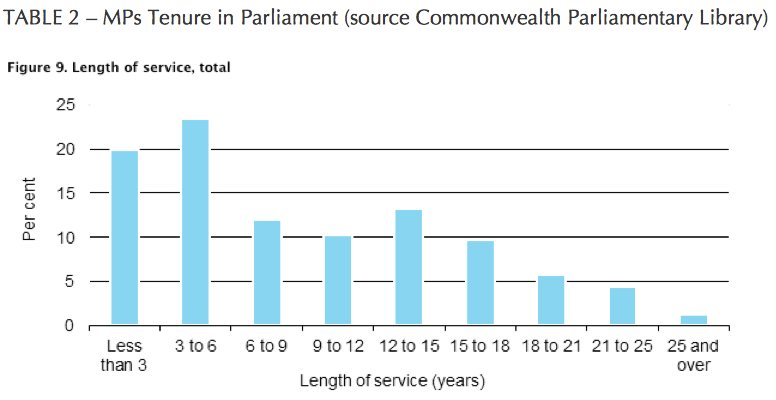