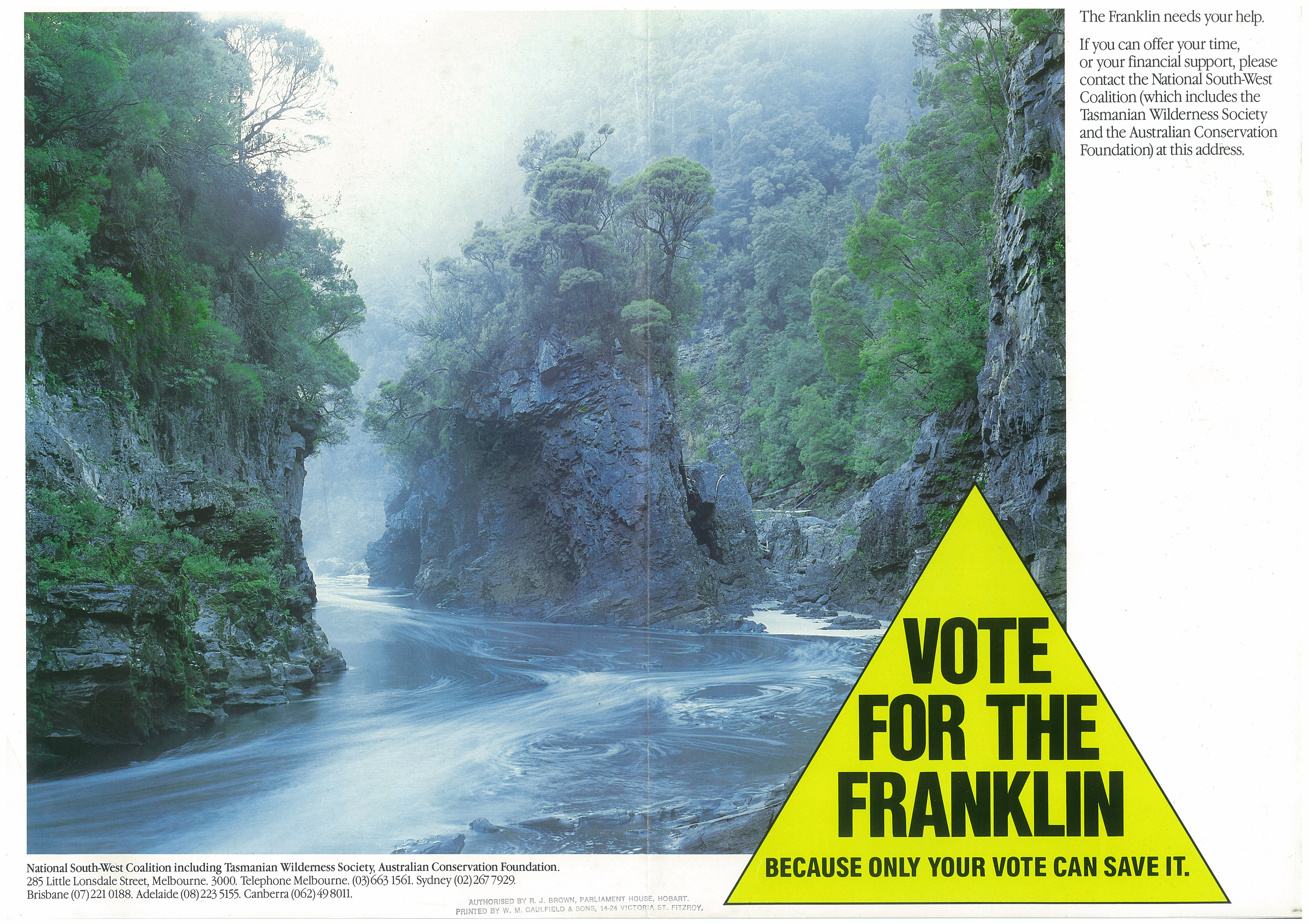 The chair lay smashed in tiny pieces on the floor. I’m not certain how many times I had hit it against the filing cabinet.

My memory is that I wielded the chair twice, with considerable force, but others, no doubt motivated by their concern for my welfare, say it was more – all no doubt to demonstrate my undoubted virility. Five or six times, they say. Oh, yes you were really angry. Well justified! And it was a well made chair!

In the manner of latter day misogynists accused of harassment, it was not my fault. Never is, of course. Never was. It was Vince (Mahon). Or the telex machine. Or the fire. The cat, orÂ the perfide Albion. Someone was to blame but not I. In those days nothing was ever my fault, if I remember correctly. As the French are known to say “C’est mon erreur mais c’est pas mon faute” (it’s my mistake but it’s not my fault). Which, a French friend once told me, was the standard line of all French politicians.

I forget the day, the month. Sometimes I forget the year. My involvement in the Franklin campaign started in early 1981 and continued until the High Court decision in July 1983. Just two and half years compared with some others who were involved for seven or more years. But regardless the events sometimes seem to blur into one.

Despite this I remember some events well. We were in the downstairs front left hand room of the Wilderness Society office. In most ways and times this was the nerve centre of activity. Five or six people each working intently on their own projects. It was cold. The wood stove was blazing away in the corner, creating a blizzard of deforestation and CO2 emissions.

The normal bunch of Wilderness Society cadres were there: Vince Mahon and Judy Richter (later Mahon) were there. So too Margaret Robertson and Bob Burton. Ian Skinner may have been there being his unobtrusive self. Geoff Law was probably off practising his Bob Brown impersonations. If there were others I can’t recall but that group stick in the mind.

These were the people that, largely, stayed in Tasmania making all the decisions and running the organisation while others, such as I followed their orders, being forced to move around the country doing whatever menial tasks they had in mind for me and the other lowly acolytes.

They were all being, well, themselves. Vince was beavering away on something important, as always, hidden under his eyebrows. Judy was, no doubt, sticking $5 notes to the underside of the desk just in case there was a financial crisis around the corner (which there always was).

Bob Burton? Who knows? Probably planning some unknown subversive activity. Who can tell with Westies? Ian Skinner, if he was there, he was probably about to organise an entire blockade single-handed (well with Cathie Plowman and one or two others).

And Margaret? Margaret didn’t really do much. She just coordinated the 70 odd Wilderness Society Branches around the country. Not a lot in it really, especially in an epoch were the fastest means of communication was to send a telex message. If you left a phone message it might be next month before you heard back.

Yes, take, 70 branches, each managed in its own idiosyncratic way, with no central authority or organising model.

Chuck in a bunch of hippies, a twist of anarchist, the odd lawyer or two, some bureaucrats from the Federal Treasury or Attorney-General’s, at least half a dozen people who had ADHD before we knew what it was, the odd schizophrenic, a clutch of people high on the spectrum and a large number of unreconstructed narcissists and it was all a doddle. Margaret had nothing to do but manage that. And laugh a lot.

It was a cold winter’s night around 6pm. There was an energy and electricity (no pun intended) to the evening. In my mind and memory, at least it was due to the morrow’s planned events.

The next day I was due to hold a media conference to outline the contents of the secret power contracts between the Hydro Electric Commission of Tasmania and the 13 big bulk power users.

For years the secret contracts had been a source of contention, with the Wilderness Society, many economists and other pundits arguing that the highly subsidised electricity supply to these thirteen big energy users at less than 1c per kWh was wasteful, job destroying and bad for the economy.

Never mind the minor side effect that virtually every river in Tasmania was, in effect, nothing other than a giant electrical cable directing virtually free energy into the maw of rich, often multinational companies.Â These were not just big companies but companies with a lot of skin in the game and a lot to lose if the contracts were ever changed.

These alleged subsidies (because no one had ever succeeded in actually seeing the contracts) were especially on the nose, for many, when you consider that ordinary Tasmanians were paying ten times that amount for each kWh.

It was one day in 1982 when the HEC contracts dropped into my lap in Canberra. I never found out the source or why I ended up being the chosen bunny.

Maybe because I had an economics degree – a somewhat surprising outcome of three years at university since I could scarcely add up and spent my entire time at university protesting, partying, drinking and trying to kill myself driving while at least four times over the limit. After all what was a free, taxpayer-funded university degree for if not to research the limit of alcohol tolerance?

Due to my inability to tell the difference between elasticity of demand and the J curve, I had handed the contracts over the Hugh Saddler, economist and analyst for examination.

In keeping with the TWS modus operandi, this was all done at the last possible minute. If the proverbial butterfly wing beat at the wrong moment, it would all go pear shaped. And it did, that evening. Because the media conference had been called, the pre-briefings issued to the media but I had not yet received Hugh’s analysis which I and Bob Burton, who was helping me, would need to digest, understand and summarise and on which I’d need to prepare a media release. All between 6 pm on Tuesday night and 10 am on Wednesday morning.

I spoke to Hugh Saddler, who was in Canberra. He’d almost finished. He would be telexing me the material in a half an hour and was then going out and would, most probably, be unavailable until the morning. It was about 10 pages. I decided to go for dinner while I waited for the material to arrive, otherwise I would likely get no dinner.

At 7 pm I returned. I had a few hours to finish everything. My memory was that I was pretty stressed at doing a media conference on a subject on which I was not an expert, that was technically complex and where the level of detail required a level of intellectual prowess significantly higher than reading the Mercury, Tasmania’s daily. Though, one must admit that, reading almost anything required more intellectual prowess than reading the Mercury – it is after all a Murdoch tabloid .

I examined the telex. Nothing from Hugh. Panic. I called him. No answer. Everyone else in the room was absorbed in their work, oblivious to my rising level of angst.

Now, if you have ever used telex machines, you will know that whatever is sent comes out the other end printed out on a continuous roll. So if your message arrives before someone hasÂ removed their message the two messages are attached to each other. And in removing theirs they also remove yours.

“I’m not sure, Chris. I did take a telex from me off the machine and there was a bunch of other stuff with it which I chucked in the fire without really looking…”

“Fuck, fuck, fuck, fuck…” With my voice rising in tone and volume with each successive exclamation, I now had the attention of the entire room. But the chairs were ignoring me. So I turned my attention to the nearest one and raising it above my head brought it down with as much force as possible on the Pedder files. I remember the back breaking off and shattering into several pieces. As to the claims that I repeated the exercise several times? I plead ignorance. If I did, I accept it was my mistake but not my fault.

Throwing the remains of the chair with the attention-deficit on the ground, I headed for the exit. I remember slamming the door hard. According to those trying to tarnish my reputation the building vibrated from the force. Then the front door. By the time Margaret arrived (she was the only one foolish or compassionate enough to follow) I had already completed four laps of the front deck, swearing and beating at the handrail. I recall that by the time she went back in, I had calmed down somewhat.

And that, friends, is the story and the reason why, during the furniture audit, TWS was one chair down. The ending? Well, Hugh returned from his dinner at 9 pm and re-sent the telex since, fortunately, he hadn’t thrown out the telex ticker tape.

It took another two hours to extract the main points of Hugh’s analysis and then Bob Burton and I then finished the media release for the morning at around 11 pm. It was just he and I left at the office by then. I was planning to walk home but Bob had visions of Comalco’s paid thugs lying in wait for me in the shadows on Huon Rd, so he drove me home. Conspiracy always lay thick in Bob’s mind.

Environmental Anecdotes (Episode 3): The Franklin:Â The Leaker – they came in the Dead of Night.

6 thoughts on “Environmental Anecdotes (Episode 5). The Franklin: One Chair Down”