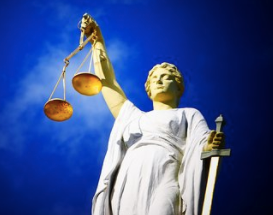 The story (How the Greens failed me over rape) in the Saturday Paper this month (December 23, 2017), sad as it is, comes as no surprise to many in the Greens. The Greens like all institutions is, sadly, just as capable of the delusion that it can do no wrong and that the party is, itself, more important than what it does or how it behaves.

One need look no further than the Catholic and other churches to understand that.

Experience tells me and many others, in the Greens, that the closing of ranks, the “Pavlovian” defence of the party, the “my party wrong or right” reaction is as common in this party as it is in most other institutions. But it’s not the party or its institutions we should be defending but what it stands for.

And if the party and its institutions fails to defend or live up to its policies and its values we, the party members, should be the first to criticise it. Because it is only through open-ness to criticism and subsequent reform that we can continually improve.

Within the Greens there is a long history of internal self-investigation. Complaints are swept under the carpet or dealt with by complaints processes that are essentially corrupt, i.e. where the party or party organs investigate complaints against themselves and then declare themselves innocent.

Where individuals are accused of wrongdoing, they can rely on their friends and colleagues to come to their aid and stoutly defend their performance in any internal investigation.

Outsiders who have a view on the process are told “they don’t understand” or that “it’s under control”, “it’s being dealt with”, or “we need to be loyal” and “support our colleagues/elected officials/councillors/MPs” (substitute your own choice of who needs to be supported).

The point about this is not to argue that anything said in the Saturday Paper is right or wrong. I am not privy to the facts. Only that the party has only itself to blame for the recent succession of “scandals” about rape, harassment, unfair dismissal, intimidation, bullying etc.

And yet, within the Greens, in some parts of the party,Â  we have no processes that guarantee these things despite our public advocacy for such principles elsewhere. It’s complete hypocrisy.

Let us not delude ourselves that no one saw this coming. That this is anything new. That no one was warned. But nor should we assume that everyone has acted with ill intent in the face of the multiple allegations in different parts of the party.

I for one (and I am sure many others) tried to get sections of the party to set up independent complaints processes some time ago. As an example here are the recommendations I made back in 2015 when I encountered the lack of proper process within the Greens NSW (Reforming NSW Complaints Procedures). I wrote about this again (and published it on internal Greens pages) here.

Setting up independent complaints processes can be time-consuming and costly. Be we should be under no misapprehension that both the time and the money involved in doing so are hugely less expensive than the damage, cost, time expended and conflict involved in not having such processes.

Many of the people involved in trying to address the issues in the ACT case I know personally, like them, and believe them to be good people with good ethics and values. But we all make mistakes and we all tend to defend the people and institutions we care about. Even if they believe that they have followed all the right processes it is clear that many others don’t agree and thatÂ justice has not been seen to be done (my emphasis).

We, in the Greens, need to be better than this. We need to be open to criticism of ourselves and others – but that criticism needs be constructive and fair. We need to stop following and supporting blindly. We need to reject Group-think. But more than anything we need open, independent, fair and transparent processes to deal with complaints and criticisms. Not just in some states but in all states and at a Federal level.

6 thoughts on “Rape, bullying, harassment, unfair dismissal – you reap what you sow.”