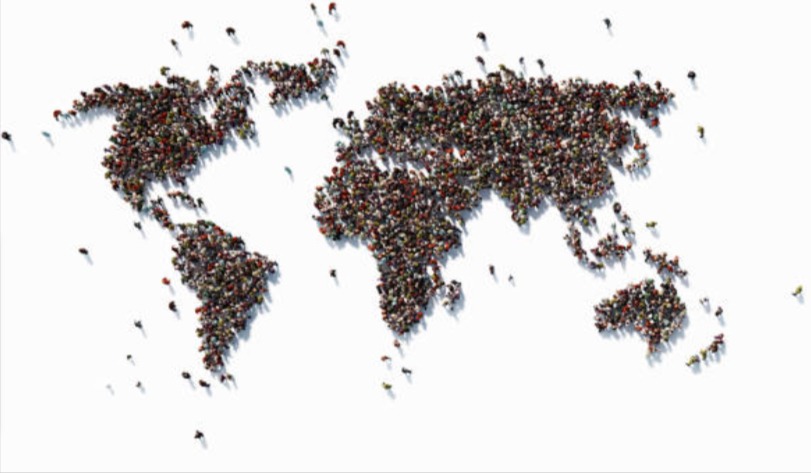 It’s hard to remember how many times I have read that those committed to population control or limits are racists. Alternatively they are simplistic dunderheads who don’t understand that it’s growth, not population, that is the real problem in the destruction of the planet’s environment.

The clear implication is that since developed world populations have stopped growing then it’s up to the developing world to save the world by restricting its population growth. This is the alternative to asking the developed world to restrict its unremitting consumption of resources. And that is, apparently, racist.

The debate is nothing new, of course, there are innumerable examinations of the overconsumption vs overpopulation debate such as that in Fred Pearce’s article “Is the way we think about overpopulation racist?

The frustrating thing about this debate is that it exists at all. In order to save ourselves from the existential crisis of global warming, toxic pollution, plastic waste and much else that is around the corner, we need to limit both over-population and over-consumption.

Most importantly we need to end the paradigm of endless growth and the pursuit of profit and effect a transfer of resources from the rich world to the developing world. That means finding a new model of a circular economy that does not depend on growth to fuel the bank accounts of the oligarchs and of the major shareholders of large companies.

On population, as Fred Pearce points out, the debate is much more complex than simply saying the rate of population growth is too fast in e.g. India. In 2017, in parts of India, such as Delhi, population growth was just 1.6 and in Mumbai 1.4. That’s lower than London, where the average was 1.72.

Even if you accept the primary need is to change our economic model of “never ending growth” (which is an oxymoron on a finite planet) we still need to reduce population, however.

While it may be possible to make some production more efficient how do we do that for food? For wilderness and wildlife? Does a more “efficient” food production system able to feed 10.8 billion, as predicted, mean more monoculture, more decimation of forests, wetlands and wildlife? Most probably.

And what of the pressure on the oceans with our industrial fish harvesting and of the demand for fresh water of that larger population, especially faced with declining water availability? All of these things suggest that we should not be adding one extra person to the world population even if we can make our industrial model cleaner, fairer and less resource intensive.

Debating population vs growth is a bit like arguing that we need EVs but not fewer cars when, in fact, we need both. Simply changing the model of a car based society from one requiring vast resources to make ICE vehicles which sit idle 90% of their lives and which clog our roads and cities, to one which requires vast resources to make EVs which sit idle 90% of their lives makes no sense. What we need are both fewer vehicles and more efficient, cleaner ones.

Similarly reducing population growth if we keep increasing the consumption of resources by each of the remaining individuals achieves nothing. Conversely we can reduce individual consumption but if we keep adding people you end up with a zero sum game where the outcome is the same.

While estimates vary it’s generally accepted that we are using more resources than the planet can sustain; we need about 1.75 planets to support our current consumption of resources. So if we add not one more person we need to reduce average human consumption to about 57% of current levels to reach a sustainable limit. Or we could maintain current consumption and reduce population by a similar amount.

If we reduce consumption by changing our capitalist system to one based on a sustainable and more efficient circular economy where maintaining or even increasing living standards does not require additional resources we still won’t succeed in protecting our planet if we also continue never ending population growth. The converse also applies. Thus ipso facto we need to do both.